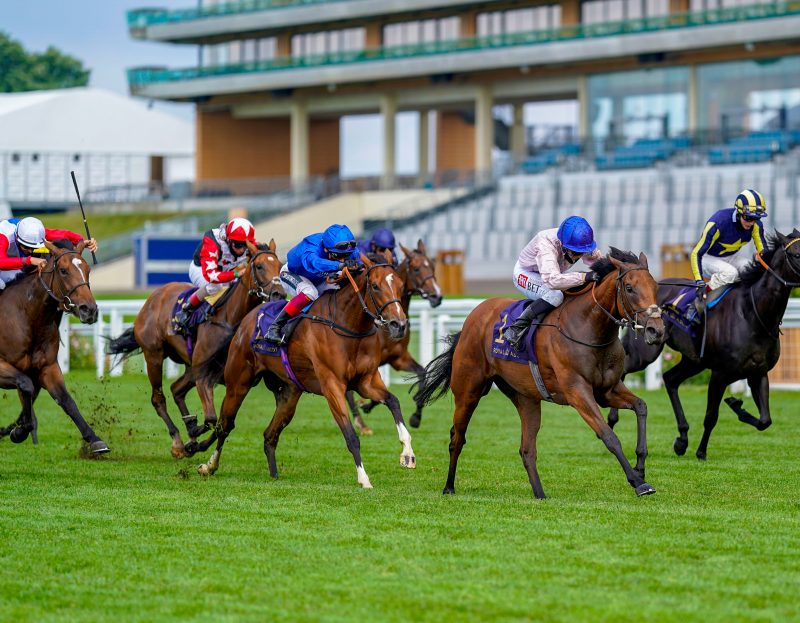 Royal Ascot winner Onassis will return to the scene of a Glorious Goodwood near-miss to launch another attempt at securing the Group victory that will enhance her breeding profile.

The four-year-old filly, winner of the Sandringham Handicap last year, will line up in the Group 3 Weatherbys Hamilton Supreme Stakes over the same course and distance as last month’s Group 3 Oak Tree Stakes, in which she finished second.

Onassis is among a six-strong field which also includes the Queen’s Tactical, winner of the Free Handicap in the spring, and recent Pontefract Listed winner Double Or Bubble.

“She loves Goodwood,” said her Newmarket trainer Charlie Fellowes. “She is very well balanced and she has a very good record at Goodwood where seven furlongs is perfect.

“The ground is going to be very different to the two times she ran there but she goes on any surface. She won on very quick ground in France last year so she is very versatile.

“She has been knocking on the door at winning a Group race and if things fall right and they go a good gallop, then she will go with a massive chance on Sunday.”

Onassis won a Listed race at Goodwood last year and on her second visit last month she finished, crossing the line half a length down on Last Empire, but had Highfield Princess in third.

“They didn’t go quite quick enough,” said Fellowes. “The winner got a dream run through, box seat, perfect Goodwood run, and we just had too much ground to make up and didn’t quite get there.

“The form has been well advertised with the filly that finished third running a blinder against Space Blues at York so I think it was probably a decent race. If she reproduces that form she should be bang there.”

Onassis, owned by Triermore Stud and Peter Stanley, is a daughter of Dubawi out of Jacqueline Quest, the first past the post in the 2010 1,000 Guineas who was demoted to second for interference. Jacqueline Quest was beaten a short head in the Supreme Stakes in 2011.

She has won four of her 16 starts and became the second of Fellowes’s three royal meeting winners when striking at 33-1 under Hayley Turner.

“She is a very good filly with the kind of pedigree that I don’t often get a chance to train,” said Fellowes. ”She is as tough as anything. She is a pleasure to train with a wonderful attitude. She is a Royal Ascot and dual Listed winner and I am absolutely certain she can win a Group race.

“She will definitely be retired at the end of the year. She is worth a lot of money as a broodmare but we would love to win a Group race before then and we have our eyes on hopefully going out with a bang in the Prix de la Foret at Longchamp.

“That’s a race that should be perfect because often you get plenty of cut in the ground and seven furlongs should be ideal.”

Turner has been an ever-present on Onassis in her last eight starts and will be in the saddle again on Sunday.

“Hayley has ridden her beautifully, they are tailor made for each other,” said Fellowes.

“She is very good on a hold-up horse. She is exceptionally good at riding one patiently which is not an easy thing to do. They are a very good partnership.”