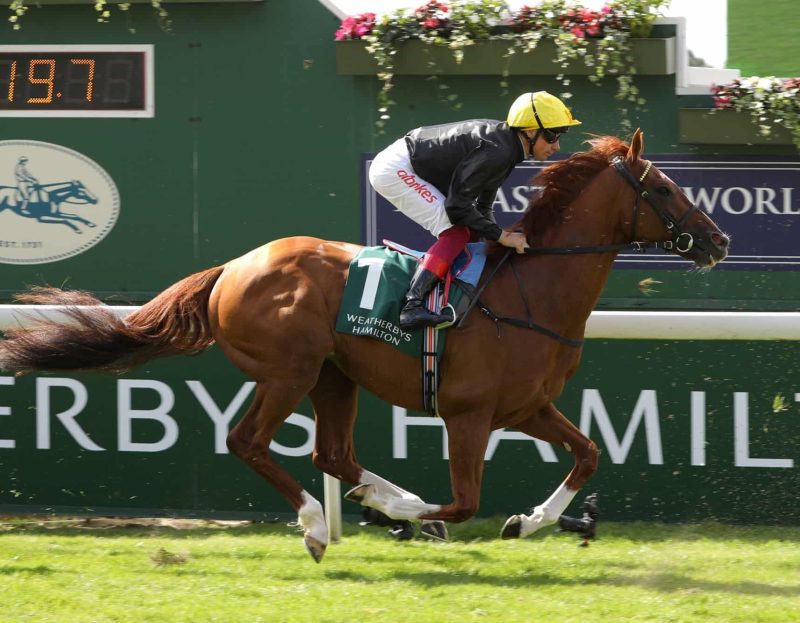 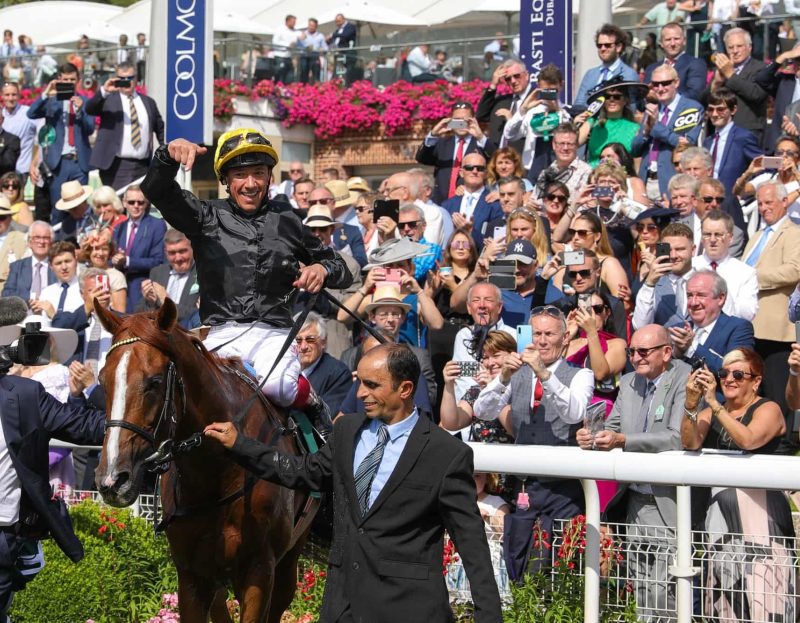 Stradivarius proves one in a million again at York

Stradivarius scooped a £1million bonus for the second year running when showing once again he is in a class of his own in the Stayers' division with victory in the Weatherbys Hamilton Lonsdale Cup at York.

John Gosden's remarkable five-year-old took his winning sequence to nine in his usual gritty, fighting style in the hands of Frankie Dettori.

The 4-9 favourite broke well, but Dee Ex Bee soon went on, with Il Paradiso in third and Falcon Eight bringing up the tail.

Silvestre de Sousa turned up the hear more than five furlongs out on the leader, but Dettori was unconcerned as he kept Stradivarius tucked up within hailing distance of Mark Johnston's charge.

Il Paradiso drew alongside Dee Ex Bee, but all along Stradivarius was in their slipstream, before Dettori switched him to the stands rail and swept to the front a furlong from home.

Gallant those his two closest pursuers were, they were well held and Stradivarius went on to win by a length and a quarter.

Dee Ex Bee was second for the third time running behind his nemesis, with Aidan O'Brien's Il Paradiso another nose away.

Gosden said: "He's done it on most ground, soft and obviously quick today, they've broken the track record - he's just a cool character, he expresses himself.

"You don't overwork him, he does what he does in a race and once he hits the front and goes a length up he says, 'I've done my job, thank you'.

"Frankie didn't wave (before the line) today because when he did that at Goodwood he thought it was all finished. He'll be a tired horse, but by Sunday morning he'll be rearing on his hind legs, which is his party trick.

"They went sensible before turning it on at the 10-furlong start and there was Aidan's three-year-old with him who we were giving 15lb to.

"He has this weapon of a turn of foot like the great Sagaro and Yeats - if these stayers can get in a rhythm you are not stressing and allied with a burst of speed it disarms the others, it's a great weapon."

Proud owner Bjorn Nielsen said: "I've said before that I started out trying to breed a Derby horse and I've ended up with him, but you couldn't have a horse better than him, even if you won a Derby.

"He's a rare beast, to win what he has. He never makes it easy, you never know what he has left. A 3lb penalty is a lot over two miles and Dee Ex Bee gives his all every time, but he comes up trumps every time.

"This year he's a lot stronger, I thought he won the Gold Cup fairly comfortably, and he didn't give us as much of a fright here today as he did last year."

Asked if like last year Stradivarius would go on to Ascot for the Long Distance Cup on British Champions Day, Gosden said: "I think Bjorn is keen to do it again, as long as the horse is happy as well.

"He always cares more about the horse than anything else. As long as the horse is happy he'll keep playing."

Dettori said: "I know he has a tremendous turn of foot, so I waited and waited - I waited to just before the furlong and said, 'come on son, let's go, let's put this race to bed'.

"You pull him out, he goes and thinks he's done enough and wins by a length. Once I got into the wheels of the leaders, he did the rest.

"As importantly, he has led the huge resurgence of interest in the stayers that was always our grand design.

"Stradivarius has given these great warriors just the tonic they needed and although he may single-handedly have done his best to put us in the poor house, the quality of the fields that the Million has engendered has definitely been another highlight of the series.

"It will be fascinating to see what more Bjorn Nielsen's diminutive prize fighter can achieve, but to have a stayer as one of the most popular horses in training once again says it all and more."

Johnston said of Dee Ex Bee: "What can you say? He's run a good race again. We'll go for the Doncaster Cup next."

"I'm not sure where we'll go next. He's a horse that obviously stays very well and he would have an option of going for the St Leger - we'll see about that, but it's definitely an option."

Paying tribute to Stradivarius, he said: "He's just a great horse, isn't he?"