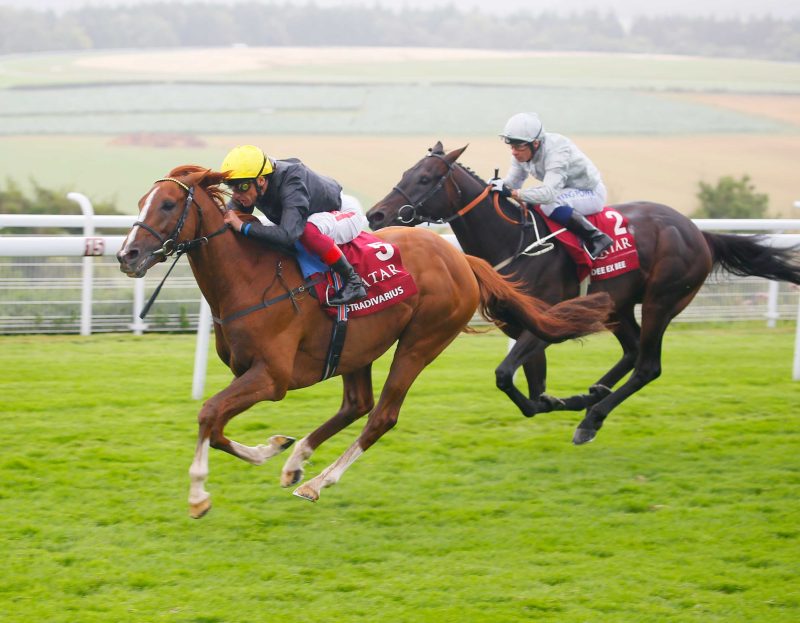 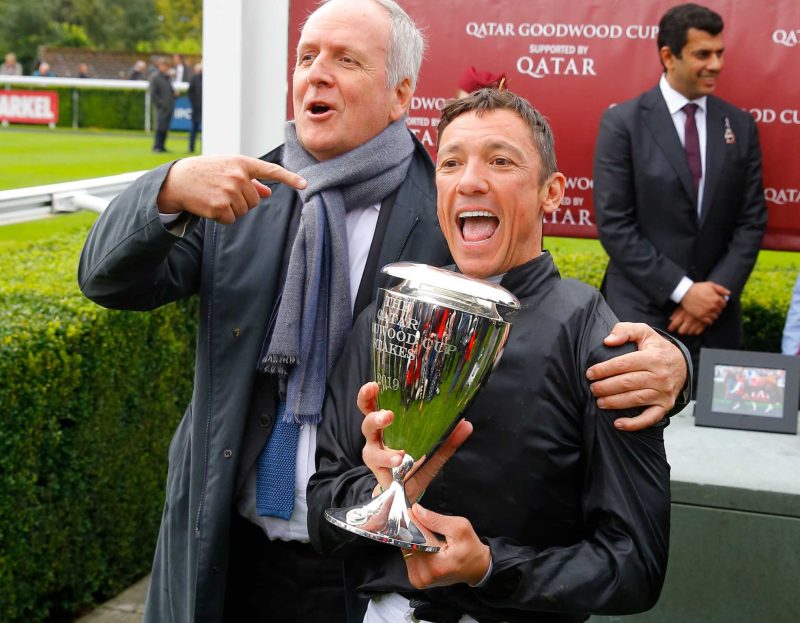 Stradivarius strengthens his grip on the staying division

John Gosden's star stayer enjoyed a faultless campaign in 2018 - winning the Yorkshire Cup, the Gold Cup, the Goodwood Cup and the Lonsdale Cup to land a huge bonus through the inaugural WH Stayers' Million.

For good measure, the five-year-old added the Qipco British Champions Long Distance Cup back at Ascot in October to his seasonal haul, and has continued in the same vein this term - with successful defences of the Yorkshire Cup and the Gold Cup setting up his Goodwood hat-trick bid. The Bjorn Nielsen-owned chestnut was a warm order to emulate the hugely popular Double Trigger by becoming a three-time winner, and the 4-5 favourite ultimately did so with the minimum of fuss.

Frankie Dettori was happy to play a waiting game as the Tim Easterby-trained Wells Farhh Go set a strong pace and quickly opened up a huge lead. He began to falter, however, and it was left for the big guns to fight it out. Gold Cup runner-up Dee Ex Bee did his best to draw the finish out of Stradivarius, while Melbourne Cup hero and Gold Cup fourth Cross Counter travelled into the race smoothly. But neither could live with the trademark finishing kick of Stradivarius and he was good value for the winning margin of a neck over Dee Ex Bee, with Dettori celebrating before passing the post.

Gosden said: "He is a gorgeous horse. Wells Farhh Go is smart and I know he went too hard, but it is a dangerous thing to give someone 25 lengths around here and he is a good horse. He was wide early in a muddle, then he got where he wanted and followed Cross Counter and he is a proper horse as he and Dee Ex Bee are good older horses.

"It is still good ground as the rain has come, but it has blasted through and it has not sat over us. He probably would have won in good to soft, but that is not his favourite. He can quicken and horses that can quicken want top of the ground. It is the great weapon they have, and if you take that away it blunts them. I was not comfortable early in the race - from halfway through the race I was comfortable, as I knew he was tracking a proper horse in Cross Counter and with Dee Ex Bee in his sights I knew Frankie had them in his line.

"He came and won his race and then our great hero (Dettori) started waving at the crowd. I must say that's a little dangerous as the horse is a pro and when Frankie said that's enough he said, 'OK, I'll put the brakes on'. It was lucky Frankie didn't go over the handlebars, I thought."

Dettori said: "He's a push-button ride. He follows any pace and he's a stayer with a turn of foot. I was sitting pretty two furlongs out and had everything covered. He gets to the front and thinks he's done enough, but what a horse to ride - he's a jockey's dream. He's a bit of a boy and knows he's good. He only does what he has to do and is never going to be flashy and win by 10 lengths, but at least doing it this way he has got more chance to stay in training for a long time."

Johnston - trainer of the great Double Trigger - said of Dee Ex Bee: "The Doncaster Cup and the Cadran are probably the next runs for him. That's not shirking Stradivarius, as they would have been the runs for him, but the chances are he won't meet Stradivarius in those."

Charles Hamilton commented "So it is on to York for the denouement of the 2019 Weatherbys Hamilton Stayers’ Million on Friday 23rd August. It will be extraordinary if Stradivarius can take home the Million for a second year in row but it’s looking odds-on now and there is no question that he is a quite exceptional horse. It is easy to underestimate his achievement because there were plenty of people who said that the challenge was impossible when we launched the Stayers’ Million last year. However, he has proved the doubters emphatically wrong and we certainly hope to be able to hand over the cheque again at York and celebrate one of the really great Stayers”.