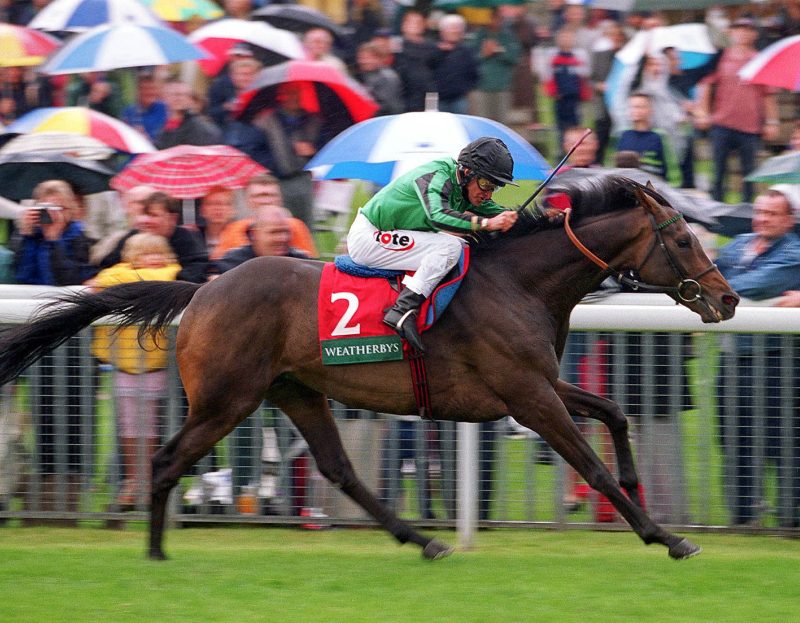 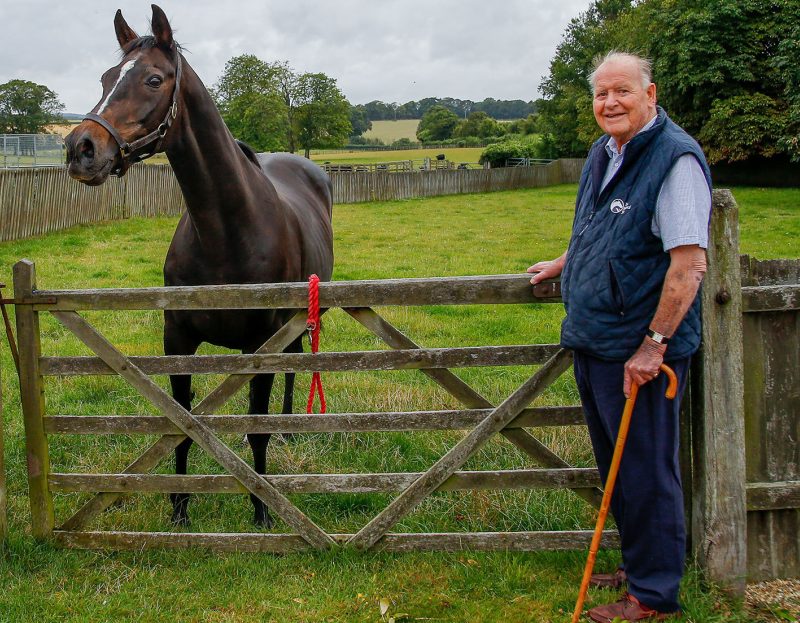 Bjorn Nielsen’s splendid stayer is not always impressive, and there was a moment starting up the straight 12 months ago when he looked in a bit of trouble, but he’s one of racing’s rarities in that he finds a way of winning whatever the obstacles.

History is on his side too, for Further Flight, Double Eclipse, Celeric, Persian Punch and Opinion Poll have all been dual winners of the Lonsdale Cup in the last 30 years.

We enjoyed catching up with Celeric in retirement at Chieveley Manor Stud near Newbury.

Celeric is 27 now and enjoys the sort of retirement we would wish for all racehorses, with former Senior Steward Christopher Spence, who had the pleasure of breeding him, racing him for seven successive seasons, and then bringing him home.

He is spoiled rotten by the sound of it, with a long-time girlfriend for company.

Describing retirement Spence said: “Celeric is still a great character and a real show off, so he loved the attention while his photo was being taken. He’s in great health and has the life of Riley, looked after beautifully by Mandy Sims, who was on the stud when he was born and foaled him. She absolutely loves him, as you can imagine.

“He’s had a girlfriend for company the last ten years or so - a thoroughbred mare who never raced - and this summer they were joined by Elysium Dream, who has been a winner for my son Johnno with Richard Hannon and has just gone back to Richard’s. They all got on very well.”

Celeric plied his trade in what seemed something of a golden age for staying horses, as a contemporary or near contemporary of household names like the brothers Double Eclipse and Double Trigger, the dual Gold Cup winner Kayf Tara, and the hugely popular but often luckless Persian Punch.

He more than held his own in that company too, his 13 wins including a three-quarter length defeat of Classic Cliche in the 1997 Gold Cup at Ascot, a Jockey Club Cup, a Northumberland Plate and six memorable victories at York.

Spence has some great memories of Celeric’s racecourse career, when he was trained by his brother-in-law David Morley, and then by John Dunlop following Morley’s untimely death early in 1998.

He said: “Celeric was a fantastic stayer, and we had some wonderful times. He’s by Mtoto, and he inherited that same late kick, which is unusual in horses that stay as well as he did.

“He used to like to hang around out the back and come with a late burst of speed, and although it didn’t come off every time he always looked very good when it did. He loved York and Ascot, but he hated the ups and downs of Goodwood. A flat track always suited him best and he won six times at York.”

By the time he ran in his first Lonsdale Cup as a four-year-old in 1996 Celeric had already won three times at York, giving 13lb to Istabraq, no less, in a handicap as a three-year-old and winning two more good handicaps there at four, the first of them at the Dante Meeting. He was improving fast, and he had also won the Northumberland Plate that year under a big weight.

Willie Carson was his usual jockey in those days and, in a field of seven for a race that was being run for the last time with Listed status, Celeric quickened up well to score readily by a couple of lengths from Always Aloof.

Spence recalls: “Celeric won well when he ran in the Lonsdale for the first time, and when he went back there the next two times he was hit hard by the penalty system for his wins in the Gold Cup and also the Yorkshire Cup.

“He had to give Double Eclipse 9lb when he was only fourth in 1997, and the following year he was giving Persian Punch 6lb when he was headed on the post, having come with his usual late run.”

The penalty system was working in Celeric’s favour for his fourth appearance in the Lonsdale, which had been elevated to Group 3. He was receiving 3lb from Arctic Owl when he beat him a length under the usual hold-up ride, this time from Pat Eddery, who was his regular partner after Carson’s retirement. It was Celeric’s thirteenth win, and it proved to be his last.

Spence said: “Pat loved Celeric and they enjoyed a great rapport. He was on board too of course for the Gold Cup win, and winning a race like that has to be the career highlight for an owner/breeder such as myself - a Group 1 and such a showcase race at the meeting, and also a great family occasion with my wife’s brother training him.